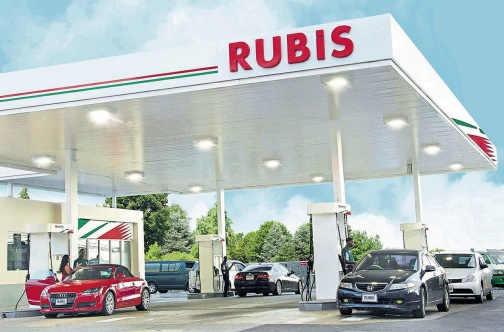 RUBIS is an established, French based international private limited company founded in 1990. We specialise in the downstream petroleum and chemicals sector, operating bulk liquid storage facilities (for petroleum products and chemicals) through our subsidiary, Rubis Terminal and distribute fuels through our subsidiary, Rubis Energie. Since 2000, Rubis has expanded its presence across three regions, (Africa, Europe and the Caribbean) through direct investments and acquisitions. The Group has enjoyed strong, regular growth since 2000, driven by organic growth, new sites and acquisitions, while also constantly improving its productivity.

Rubis is now a major player in the fuels distribution business in the Caribbean. On April 1st 2011, the company acquired the assets owned and operated by Chevron under the Texaco brand in the Eastern Caribbean. The acquisition meant that Rubis became a formidable competitor in the regional downstream business in the Caribbean islands of Antigua and Barbuda, Barbados, Dominica, Grenada, Guyana, St. Lucia, St Kitts and Nevis, St. Vincent and the Grenadines and Trinidad and Tobago. These territories joined with the already acquired assets in Bermuda, Guadeloupe, Martinique and French Guiana. Further acquisitions during 2012 included the Chevron assets in The Bahamas, Cayman Islands and Turks and Caicos Islands. The company is now poised to distribute fuels throughout the region at any given notice. Combined with its skilled management structure and the synergies derived from prudent supply and shipping, Rubis has secured a leadership position with its logistics base comprising of over nine import storage terminals, a mixed set of commercial and aviation distribution activities along with over 200 retail service stations throughout the Caribbean.